Strategies You Can Use For Explosive Growth

"Without strategy, execution is aimless. Without execution, strategy is useless."

It’s not enough to have goals in life…you need an actual game plan, a proven strategy that gets them across the finish line.

So, what’s the difference between setting and achieving a goal?

Is there a distinction?

The answer is a resounding yes…and if you stick with me, I’ll share 12 bulletproof goal achievement strategies for fast tracking anything you want in life.
Ready?

It requires your ability to make a decision.

The actual achievement of a goal is an entirely different beast…

It requires a variety of factors to include discipline, commitment, focus, consistency, perseverance, willpower, boldness, time and energy management, follow through, an optimistic “can do” attitude, passion, enthusiasm, and most importantly…it requires execution in the form of the correct goal setting strategy.

That’s precisely why you’re going to love these 12 goal achievement strategies for accelerating any outcome you desire in life.

A winning streak is an uninterrupted sequence of wins. We often associate winning streaks with sports…and whether it’s a team winning several games in a row or an athlete finding a way to get on the score sheet every night, streaks in sports are some of the most demanding accomplishments to achieve.

“Releasing the Kraken” is a figure of speech which means to open up a can of whoop-ass on your enemy.
Your ability to master this strategy cannot be overstated as once you learn how to apply it…you’ll have found the golden ticket to overcoming resistance, neutralizing competition and fast tracking all of your goals.

Large goals and overwhelming tasks are only intimidating when you look at them in totality. The first step toward managing what seems unmanageable is to break each task into smaller increments, in other words divide the goal into morsels and conquer each task one at a time.

To find the shortest way to your goal, you have to know two coordinates - where you are currently (Point A) and where you want to go (Point B).

Execute the fastest and most direct route, and the object of your desire is yours…sooner rather than later.

Swarming is a powerful strategy that you can use to solve a nagging problem, overcome a difficult challenge and fast track a desired goal.

Think of swarming like a Flash Mob…it hits its mark from the North, South, East and West…completely overwhelming and bewildering the target.

The “Silver Bullet” strategy for solving problems quickly, for creating radical results fast and for achieving your goals at a high rate of speed is to…answer with action. 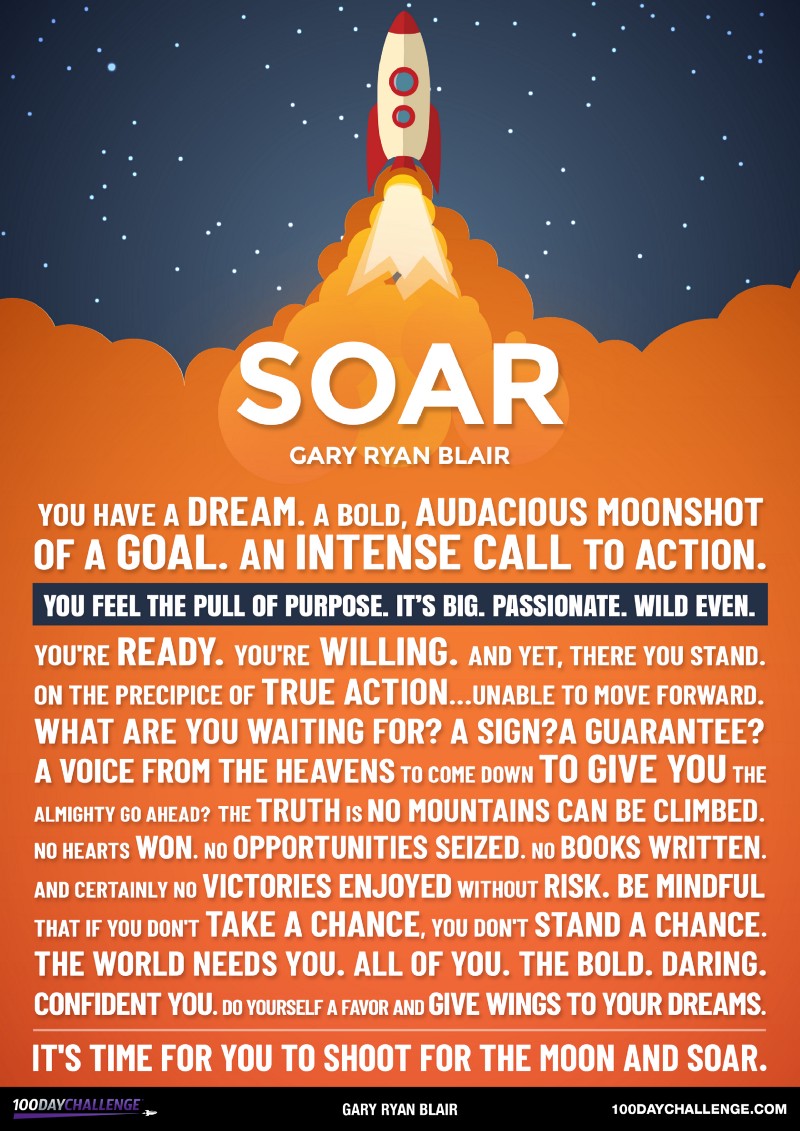 Achieving a big, challenging goal and triggering a massive ripple effect succeeds in dividing your life neatly into two parts…before the big goal and after. I promise you that after is better - much better as nothing succeeds quite like success.

Performance sprints are powerful and empowering because they create breakthroughs through the intentional use of time compression.

How? When you set goals within the context of a short-term performance sprint…you no longer have the luxury of putting off decisions or not taking action.

Growth hackers believe that the quickest way to the mountaintop is not by fighting their way through the pack…it is to leapfrog over the pack by deploying superior execution strategies and having a single-minded focus on accelerated growth.

Successful people throughout history have achieved big, audacious goals in the same number of hours a day that you and I get. The secret to their success is that they use right tools, embrace the right beliefs and implement the right execution strategies which accelerate their win rate.

The Bullseye Strategy is all about shortening the path to success…it’s about rapidly reducing the size of performance gaps…it’s about radically decreasing the amount of time in getting from Point A to B.

Strategy without tactics is the slowest route to victory. Tactics without strategy is the noise before defeat. - Sun Tzu