Accelerating Your Journey to Massive Abundance

"Success is a competitive sport and correct effort compounded over time will always trump talent and raw ability. While you continue to stay the course and relentlessly compound your efforts, your competitors will tend to wear out…rollover, and move on."

How’d you like to multiply your money five times over…I’m talking about turning $6 million into $30 million… using a simple strategy?

When it comes to investing, the thing many people get wrong is perspective.

Bobby Bonilla got it right.

From 1988–91, Bonilla was one of the best players in Major League Baseball.

He was a six-time All-Star and won three Silver Slugger awards.

But in 1999, while he was playing for the New York Mets, Bonilla’s career started to fizzle.

And the Mets decided to buy out the remaining $5.9 million on his contract. 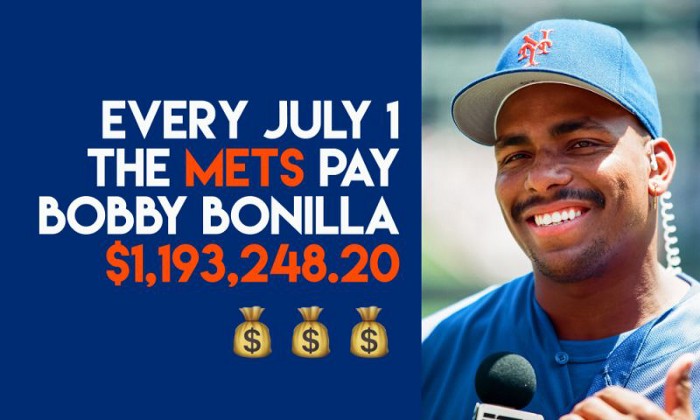 Instead of a one-shot deal…the team chose to make annual payments of nearly $1.2 million for 25 years starting July 1, 2011.

This deal included a negotiated 8% interest on top of the annual payments.

To say that this was an lucrative deal for Bonilla is an understatement.

In total, he’ll make $29.8 million — five times what he would’ve made with a quick and dirty buyout…

That’s why in New York, July 1 is known as “Bobby Bonilla Day.”

Of course, not all of us have a team owner to hand us million-dollar checks every year…

But the reason Bonilla’s checks grew so much each year was because he understood the magic of compounding.

And you can use it, too, to accelerate any goal you wish…to supercharge your performance, productivity and your profits in record setting time.

Stick around and I’ll show you how…

E=mc2 is the equation for Albert Einstein’s famous theory of relativity which has been heralded as one of the cornerstones of physical science.

However, when asked what he thought was the greatest of mankind’s discoveries.

He went so far as to call it the eighth wonder of the world.

In its simplest terms…the Principle of Compound Interest is earning additional interest on interest.

The more often interest is compounded as on a daily, quarterly, or annual basis, the larger and faster the principal as well as the interest accumulates.

And the same can be said for what I like to call…the Principle of Compound Effort.

Compound Your Way To The Top

Accelerating the relationship between cause and effect is what drives the speed of your results.

The faster the cause, the faster the effect…and that’s precisely why each day must be viewed as an ongoing series of opportunities to…accelerate your performance.

Each day should begin with the crack of a whip and finish just as strong.

That’s why you always want to bookend your days with fast wins and strong finishes.

The size of your performance gains on the other hand are the direct result of your compounded daily efforts.

The Principle of Compound Effort is your golden ticket to living a large, prosperous life.

Doing the right things, the right way, and for the right reasons…each and every day will compound and snowball in size.

The Principle of Compounded Effort does not work in a linear, sequential, mathematical way.

As with compound interest, they both pay off geometrically (in leaps) so it’s best to look at them as mass multipliers.

As consistent hard work, contacts, experiences, wisdom, innovations, and intuition are leveraged and added one to another…your opportunities multiply and accelerate exponentially.

This speaks to the demand for continuity and consistency and explains why compounding your efforts is so important.

While you continue to stay the course and relentlessly compound your efforts, your competitors will tend to wear out…rollover, and move on.

That puts you in a commanding position with a devastating competitive advantage.

I know from firsthand experience that compounded effort is not easy, nor convenient.

Your focus will be under constant assault.

Your commitment will be relentlessly tested.

And, there’s always going to be a new shiny object or opportunity to chase.

Especially as you start building momentum, as that is when you should double or even triple down on your efforts.

Refuse to give an inch, suck it up and grind it out…and work whatever goal or challenge you’re pursuing with everything you’ve got.

Will You or Won’t You?

The truth is anybody can quit, mail it in and offer up an excuse…and that’s what most people do.

There’s nothing special, braggable or heroic about mental or physical weakness.

That’s a truth without an exception…and the best strategy for driving out of this world results is the one you are reading about right now.

There’s not even a close second.

Here’s my promise to you…

By increasing the speed and quality of your efforts…and by compounding the quantity, intensity and consistency of your activities…

• You will experience a quantum leap in your performance.

• You will make a breakthrough that will change your life forever.

And, you’ll love every minute of it.

Give me the next 100 days…and I’ll push, provoke, persuade and challenge you to compound your way to a life that few in a generation realize.