Master These Three Steps and Anything is Possible

“Everything is hard before it is easy.”

When people ask me what I do for a living…I often say that I’m the crash test dummy for productivity solutions.

I see myself as a human guinea pig…open and game for anything that will get me (and you) to operate at peak levels.

Throughout the course of my career, I have experimented with conventional and unconventional ways of making myself more productive…both physically and mentally.

In this lesson, you’re going to learn why the most important element in your strategy to win the battle for goal achievement and optimal performance…is your own psychology.

It all begins with an understanding that you cannot change your behavior, nor improve your results, until and unless you change your beliefs and implement a new “mental construct.”

THE POWER OF MENTAL CONSTRUCTS

Every outcome in your life consists of a mental equivalent…and before any goal or outcome is achieved, a psychological process…a positive or negative mental construct was first initiated.

A “mental construct” in its simplest form is a concept, a belief system, or what I prefer to call a “thinking model”.

This in itself is not very interesting until you realize that…

Everything that has ever been created (outside of nature) began its life as nothing more than vapor, as an idea…a thought in someone’s head.

Some of these “thinking models” or “mental constructs” have had more impact than others over time. Some good. Some not so good.

And, in the spirit of doing all the good that we can, with the time and energy we have…we’ll use this message to focus on the ONE MENTAL CONSTRUCT that will provide you with the security, self-assurance and motivation you need to live outside your comfort zone, face your fears, initiate change, persevere though difficulty and to take on any challenge with the confidence of a mighty lion.

Before we continue, I want to issue a warning…

You cannot afford to overlook nor dismiss the simplicity and significance of this last statement.

It is a powerful and empowering “mental construct”…perhaps the greatest you’ll ever find, learn and master.

And, it provides the reasoning behind every success you experience as well as every disappointment and failure.

Because adopting this mental construct allows you to assume the correct mental position and posturing IN ADVANCE…which in turn gives you the will to start, the strength to continue, and the sustaining power to overcome the greatest of obstacles and ultimately win.

It’s a mature, grown up “thinking model” and strategy used by all high achievers…and it is the one most abused by low achievers who look for reasons to procrastinate, make excuses and who jump ship when the going gets tough.

A few examples to prove this point might be good right about now.

In the beginning…riding a bike is hard.

In the middle…riding a bike is messy.

In the end…riding a bike is easy.

LEARNING TO USE CHOPSTICKS

In the beginning…learning to use chopsticks is hard.

In the middle…learning to use chopsticks is messy.

In the end…learning to use chopsticks is easy. 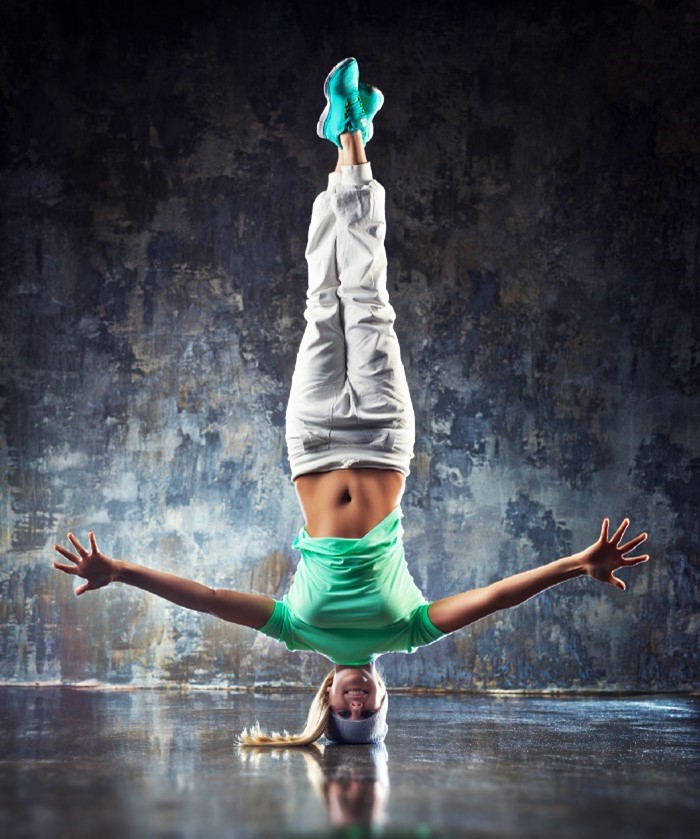 In the beginning…doing a headstand is hard.

In the middle…doing a headstand is messy.

In the end…doing a headstand is easy.

One that applies to everyone, everywhere and for every new goal or project?

It’s a point worth repeating…

Isn’t it liberating to know that this exact same psychological process awaits you regardless of the task, project or goal?

It’s like going into anything with loaded dice…you know the rules in advance and you can use them to prepare, predict and direct your way to success.

Whether your ambitions include starting a business, playing the piano, learning chess, writing code, speaking a new language, juggling, building a website, cooking or even learning to drive a stick shift…you can TAKE ON ANY CHALLENGE and CONQUER IT by adopting this winning “mental construct.”

As to why one person is able to enjoy and accelerate greater results faster and seemingly easier than another…well, that has everything to do with your commitment to the goal…the intensity and consistency of your efforts…and your desire to see it through to the end without stopping.

Here’s another “mental construct” that has patiently waited to make its appearance…“it does not matter how slowly you go, as long as you do not stop.”

My goal, my mission and my passion is all the same…to help you achieve your goals and live a bigger, bolder and far more beautiful life.

In that same way that I’m certain that the sun rises in the east and sets in the west…I am supremely confident that this beginning, middle and end mental construct will lead you to your own personal promised land.

WHAT TO DO NOW?

1. Reread this lesson and absorb its meaning and magnitude.

2. Make a list of everything you want to be, have and do.

3. Attack that list with everything you’ve got with the understanding that it is supposed to be hard and clumsy at the beginning…that it will be messy, dirty and stinky in the middle… and that when you finally do get to the other side…it will easy and elegant at the end.

Your hopes, dreams and goals are waiting for you to show up, grow up and step up.