Life Is Meant To Be Lived, Not Endured

"Most people go to their graves
with their music still inside them."

In Shakespeare’s Macbeth…a play that is set in medieval Scotland and dramatizes concepts such as ambition, power, greed, deception and treachery….the moral is “unchecked ambition and excessive thirst for power will ultimately lead to destruction”.

And in Hemingway’s The Old Man and the Sea…a short novel that speaks to the universal truths of a man’s existence within this world, where pride, respect, tenacity, and dreams fuel a man in his quest to thrive in the face of struggle…the moral is “man is not made for defeat”.

Relating to this post and all of your hopes, dreams, goals and good intentions, the moral is simple, raw and universal…

“We’re all playing a high stakes game of one and done, and it’s your responsibility to be your own hero and make your dreams come true before time runs out.”

Unlike wine that gets better with age…most goals die on the vine and never see the light of day.

If you think about it…the graveyard is the richest place on earth.

That’s where that you’ll find all…

• The books that were never written.

• The songs that were never sung.

• The languages that were never learned.

• The inventions that were never shared.

• The commitments that were never honored.

• The countries that were never visited.

• The promises that were never kept.

• The world records that were never broken.

• The financial security that was never achieved.

• The businesses that were never launched.

• The advanced degrees that were never earned.

• The sexy body and six pack abs that were never enjoyed.

• The relationships that were never repaired.

• The great potential that was never realized.

How is this even remotely possible?

So, what is it that compels people to be fearful, to live an entire lifetime with very little to show for it…and eventually go to their grave with their music still inside them?

For the majority of us, it is the desire for safety, refuge, security — in short, the inclination to play it safe and remain in the comfort zone.

But the life you want, the truly magical life that you want to experience…will only happen once you face your fears and actively work to get outside your comfort zone.

Always has. Always will.

Fear is unworthy of your companionship…it’s a domestic terrorist…an unwanted visitor who’s overstayed his welcome.

Your ultimate goal is to face it, to conquer it and use fear as the trigger for unleashing your greatness.

Should you choose not to, it will remain as the trigger for living a small, compromised life.

The person who does not wish to belong to the masses…the one who dares to show the world what she is capable of creating, must cease being controlled and manipulated by fear.

Fear is never a reason for quitting or for second guessing yourself. It’s only a COWARDLY EXCUSE for those unwilling to face their doubts, insecurities, and their mental boogie man.

Therefore, your first duty in rising to meet a challenge is to conquer fear and the mental resistance it brings along with it.

You must choose to get rid of it or as the tile of this message implies…your hopes, dreams, goals and good intentions will become just another casualty that end up in the graveyard.

"Most goals are not finished, they’re abandoned."
— Gary Ryan Blair

THE HIGH COST OF FEAR

What are the consequences of keeping your dreams on hold?

What’s the impact on your life and legacy when you run from rather than toward a challenge?

Let’s take a close look at a few of the many consequences associated with quitting, being underemployed, remaining fearful, and not rising to meet the demands of a challenge:

Eventually you come to think of yourself as “the kind of person” who is undeserving of success.

When you begin to lose faith in yourself, it leads to a downward spiral of psychological devastation that is extremely difficult to overcome.

Avoiding a challenge and running from your fears only achieves self-sabotage and the perpetuation of pain, which leads to a cycle of failure and disappointment.

By allowing fear to control your life, you will serve as a disturbing example of wasted talent, of someone who chose fear over courage.

Your life will be viewed as the sad consequence of neglect, excuse-making, self-pity, poor character, lack of direction, and a courage deficit.

4. Development of a Quitter Reputation

Quitting is a habit, and the path of least resistance. Facing your fears requires that you to increase your level of resistance and tolerance to pain, inconvenience, and sacrifice.

Once you develop a quitter reputation, your options become limited, your reputation becomes questionable, and your future is in serious jeopardy. 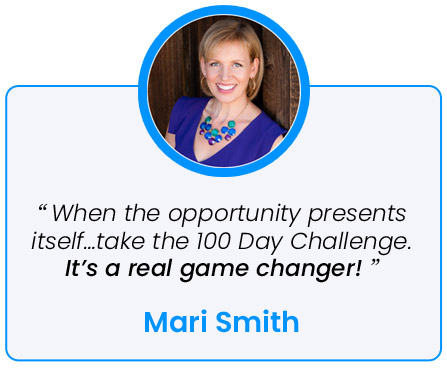 5. Your Become a Traitor

By refusing to face your fears, you by default choose to betray, openly resist and rebel against opportunity and the chance for a better life.

In effect, you become your own worst enemy, a real life Benedict Arnold, your very own Judas Iscariot as the greatest from of betrayal is betrayal of oneself.

Fear of any type is a temperamental beast. It’s built for a fight…it works to mentally wear your down and will not be vanquished quickly nor easily.

BE YOUR OWN HERO

That’s why if you’re ever going to find your greatness…you need to do these four things.

• You must choose to face your fears whatever they may be.

• You must develop the personal constitution to conquer that which is determined to conquer you.

• You must deliberately enforce your will over any obstacle and advance toward your goals with an indomitable, unbeatable spirit.

• You must become your own hero.

The world needs people who care about the work they do, the people they serve, the results they produce, and the impact they are making.

The world needs strong, courageous, independent thinking people who want to use their creative ideas and unique talents to make a lasting difference.

The world needs people with guts…people with passion and people who are willing to be shunned and rejected in the pursuit of their goals and dreams.

The world needs connectors, not detractors. We need people who can communicate an inspiring vision, people who can light a fire in the belly of their peers.

Most importantly…the world needs you…all of you…the brave you, the risk-taking you, the big thinking and highly capable you.

I see something good in you and I’m calling it out.

Is it okay for me to do that?

The world wants what you have to offer…and because of that, the world needs you to make a very important decision…it needs you to raise your hand and Be Your Own Hero.

Only you can do it, and you must do it. I’m hoping you choose to stand up…to put your unique talents to work…to create art that matters…and to choose to make a difference as the best possible future is one where you fully contribute your true self, your best self.

My goal is writing this message is to persuade you that there’s an awesome, life changing opportunity waiting for you to pounce on it…a chance to significantly change your life and make your mark.

It starts by making a simple choice…Be Your Own Hero.