“There are no speed limits on the road to success.”

Oh boy… this is going to ruffle a few feathers.

Remember Aesop’s Fable about the tortoise and the hare?

One day, the tortoise challenges the hare to a race, to see who’s faster.

The hare is so confident in his victory, he gets cocky and decides to take a nap.

But while he was asleep, the tortoise continued slowly…

Finally, he reached the finish line, beating the hare.

Moral of this story according to Aesop… “slow and steady wins the race.”

While this might be a cute children’s story…I profoundly disagree with this way of thinking.

We live in a world of accelerated change and exponential growth. Modeling the strategy of the tortoise is a bonafide recipe for disaster.

Technology is multiplying our capabilities as a civilization…yet, too many of us operate with antiquated beliefs, out-dated tactics and inferior execution skills.

Rather than adapt to the demands of change by developing super fast reflexes and quick strike capabilities…the majority resist and some even reject the need for change and pay dearly for that decision.

A slow and steady approach only succeeds in making you highly vulnerable and non-competitive in a hyper-competitive world.

To make matters worse…as the pace of change continues to accelerate, this problem snowballs, thus making you and your business irrelevant at a much faster rate.

Because the marketplace only rewards results, the solution is simple…but not necessarily easy.

You need to be like the hare by placing speed of execution and rapid response time at the top of your priority list… (and, don’t take naps).

Here’s the six key benefits of speed. Reject or resist them at your own peril.

Every second or minute that you can take out of process or activity such as closing a sale, manufacturing a product, and customer response time saves you time, makes you more money, and keeps you in the game.

Speed is the ultimate customer turn on. Everyone is short of time. We all dislike delays, long lines, out-of-stocks, and waiting on hold.

We love finding what we want and getting back to work (or play) fast. And we’ll pay a premium for speed.

“I believe that if you are going to work hard to achieve a goal, then you owe it to yourself to find the fastest way to get it done.”
— Gary Ryan Blair

3. Speed is Impossible to Ignore

Speed brings with it a reputation of confidence, clarity of purpose, and smart execution.

Once you develop a reputation for speed of execution, both people and opportunities will seek you out.

In today’s world, the old rules no longer apply. It’s not the big that eats the small; it’s the fast that eat the slow.

It’s the one competitive advantage that the big competition can’t duplicate easily.

Action is defined as “the causation of change.” Whatever result you want, it’s a change from what you now have.

By definition, then, a change has to take place for you to get from your present status to that result. The faster the action, the faster the change. 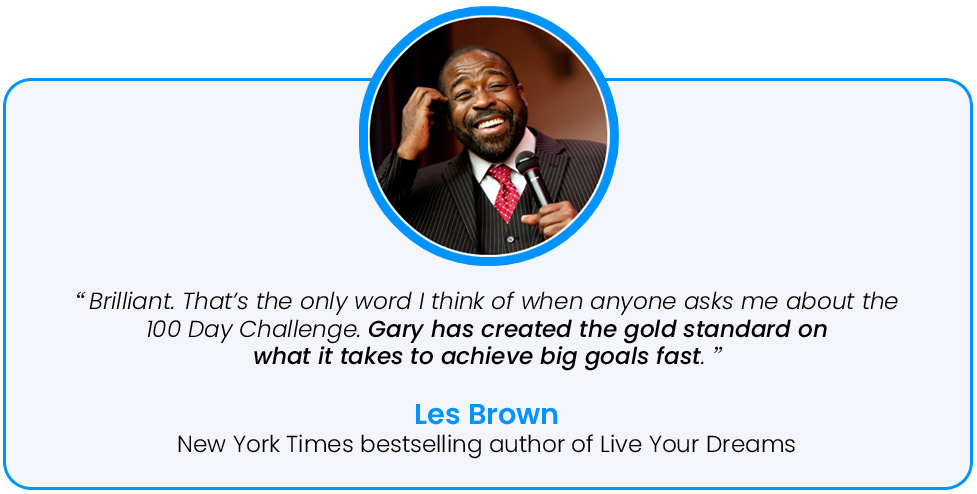 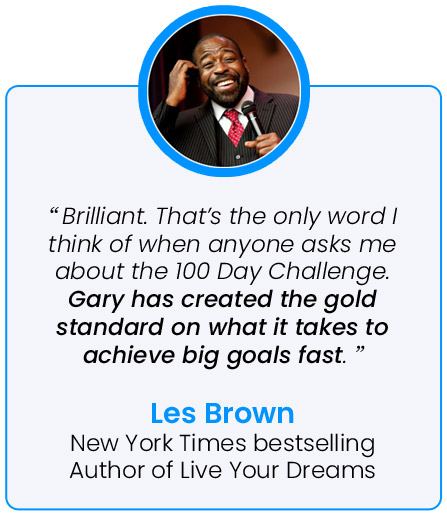 Implementing a strong offense, fueled by a massive sense of urgency allows to make rapid progress on your goals.

Success is an ongoing game of cause and effect, and by accelerating the cause…you can and will dramatically accelerate the result.

Let me be perfectly clear about this…the type of speed I’m talking about here is not the defensive, keep-up-with-the-Jones’s type speed.

I’m talking about proactive speed, the kind that highly productive people and companies use as offensive, preemptive, competitive weapons.

To avoid becoming cannon fodder…You need to create a climate and culture of speed: speed of decision-making, speed of execution, speed of customer service, speed of problem solving, speed of everything.

And you need to do it quickly.

I created this special program to show you how to turn the pursuit of speed into a sustainable competitive advantage and to supercharge your growth.