Are You Addicted to Under-Performing?

“Self-sabotage is an addiction to under-achieving,
under-earning and overall under-being”.

The following is a short list of goals, dreams and resolutions in no particular order that (for most people) will never get achieved.

Not this year, next year…or any year for that matter..

Allow me to provide the list first…and the reason why along with the solution immediately thereafter.

1. Getting in great physical shape through a diet and exercise regimen.

2. Launching a business or initiative whose aim is to take control of your destiny.

3. The pursuit of any calling in writing, painting, music, film, dance, or any creative art.

4. Any program of spiritual enlightenment to obtain greater peace of mind.

5. The learning of a new language or hobby so as to expand your horizons.

6. Any course designed to overcome an unwholesome habit or addiction.

7. Education of any kind that would provide greater career options.

8. Any act of political, moral, or ethical courage.

9. The decision to change some unhealthy pattern of thought or conduct in ourselves.

10. The taking of any principled stand in the face of adversity.

11. Any act that entails commitment of the heart, time and money.

Why is it that these goals or objectives will get very little traction?

How is it even remotely possible that most people will barely make a dent on any of their goals during their entire lifetime?

Self sabotage is a state of mind which damages your belief in yourself and your abilities to achieve that which you want to achieve.

Self-sabotage is a “disease” which leads to “under-performing”.

It’s one of the greatest plagues of mankind…one which requires its own (pun intended) 12-step recovery program called Under-Performers Anonymous to get well.

In one sense, under-performing is exactly what it sounds like — achieving far less than you’re capable of.

But it’s also so much more…

Self-sabotage is also an addiction to “under-achieving”, “under-earning” and overall “under-being”.

Do not underestimate the awesome power, sinister intentions…and the overwhelming influence of self-sabotage on your performance.

IT IS the monster hiding under the bed…IT IS thing that is holding you back from doing what you know you need to be doing…IT IS the unwanted gift that keeps on giving.

While it can’t be seen, touched, heard or even smelled…the extraordinary thing about self-sabotage is that IT MAKES ITS PRESENCE FELT.

It manifests itself in your body and your mind and goes to work like an angry jackhammer…relentlessly pounding hard and loud.

It begins with sadness, stress and distress.

We feel like an imposter…someone who is unworthy of success and we begin to act in ways that work to repel success.

It pervades everything…how we think, talk, walk and even our posture and facial expression is impacted by it.

We feel unloved and begin to act in self-destructive ways…in effect, we seize failure from the jaws of victory.

Self-sabotage is negative energy. It has no redeeming value. It exists to debilitate not liberate talent. Its goal is to take you off course… and keep you there.

Self-sabotage is self-generated, self-perpetuated and hell bent on your self-destruction.

Self-sabotage does not play to wound, it plays to kill. It places a bullseye on whatever you want to be, have and do and aggressively works to kill your hopes, dreams and fondest desires.

To beat self-sabotage…be prepared for war as it understands nothing, but brute strength and it will not give in without one hell of a fight.

Self-sabotage is as dumb as it is forceful. It leaves clues and has a working game plan which can be broken down, picked apart and overcome.

There are four self-defeating elements that disrupt our abilities to fully pursue our goals. Everybody has these characteristics. The extent to which they result in self-sabotage and interfere with our abilities is only a matter of degree.

Think about what happens when you begin to even consider working on a new project or goal, when you simply get the whiff of any idea that lies the slightest bit outside your comfort zone.

As if operating on automatic pilot…self-sabotage immediately goes to work. It wastes no time in weaseling its way into your head… planting seeds of doubt, uncertainty, and fear.

And like a knee jerk response, you immediately begin to focus on the negative over the positive, on what’s bad instead of what’s good, on the reasons why you can’t rather than why you can.

If you want to win the battle of self-sabotage and finally earn what you’re worth…the only way is through it.

That small voice telling you that you’re not good enough, smart enough or unworthy of success is a liar…a no good rotten scoundrel that must be met and overcome by a strong, healthy mind and powerful will.

Your beliefs, thoughts and reactions are the things that you’re in complete control of…which is to say, you are always working from a position of strength. You must convince yourself of that.

There are some types of behaviors which tend to increase and empower self-sabotage and under-performance. One of the most common of these is procrastination.

We all know this malevolent friend which tells us of the extensive list of better things we can choose to do in the moment instead of work on what’s most important.

Procrastination is a special type of avoidance. By making excuses or by doing something else…you are avoiding the priority activity which would lead you to the goal.

Avoidance behaviors are at the root of most fears and anxieties.

Overcoming the gravitational pull of avoidance behavior is not easy…but it can be done and must be done if you have any intention of making your mark on the world.

Be mindful that procrastination, like any form of avoidance behavior is a choice that leads to under-performance, and to fully appreciate the value of that statement…you must understand the purpose of making a choice.

Every choice you make regardless of size must have a purpose… which is to advance you north in the direction of your goals.

Every choice counts — there are no insignificant choices, no neutral actions.

Therefore, overrule the voices in your head by choosing to engage in proactive behavior. By doing so, you will overcome the devastating impact of self-sabotage and your performance will immediately improve.

Self-sabotage is a devious little monster that loves to impede your focus.

It thoroughly enjoys manipulating and distracting you with unnecessary and irrelevant low-level activity.

"You cannot afford to give self-sabotage the upper hand, nor can you afford to devalue your talents and reputation by having a focus deficit."

Without a long-sustained focus…you place a death sentence on your goals, and you’ll eventually wind up on the endangered species list.

That’s how this bastard works.

Self-sabotage or resistance in any way hates focus for the simple reason that it knows it’s losing the fight.

Focus is the ultimate power move, as the primary objective of having focus is to dominate your market, to intimidate weaker competitors…to scare the crap out of fear, and to fast track your goals.

Focus is the big stick that allows you to give your life and your goals the time, care and attention they deserve. 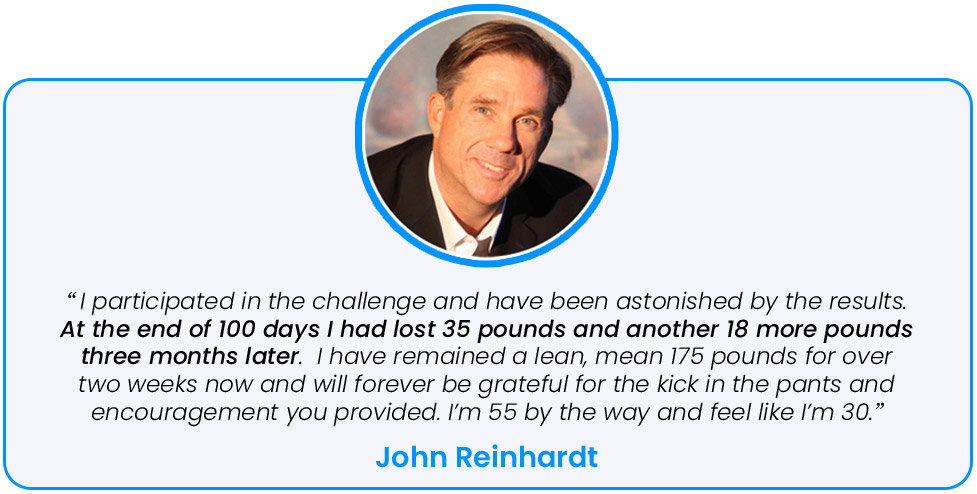 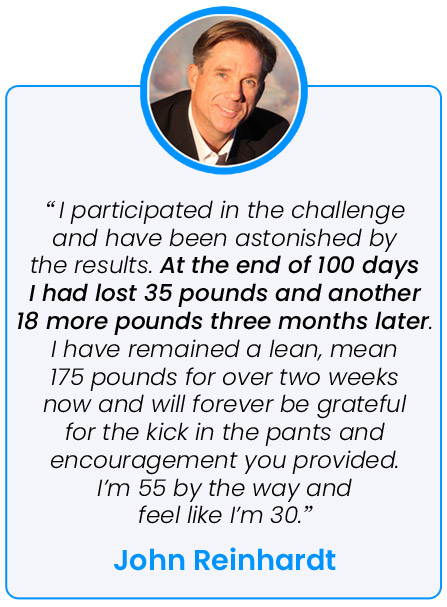 Decreased energy and motivation is the result of negative self-talk, avoidance behavior and focusing issues. They grind on you and work to wear your down.

Here’s a good rule to remember especially as you begin to think of your goals for the New Year.

While self-sabotage is always lurking nearby…the danger is greatest at the beginning and near the finish line.

At the beginning…the tactics of self-sabotage are little more than the whispering of a few words of doubt.

A simple BOO…is all it takes to get most people to give up on their goals, throw in the towel and surrender to self-doubt. It’s sad, but true.

And, when the finish line is near…when the last 10% is in sight…that’s when self-sabotage goes into full assault mode because it knows you have it on the ropes.

When self-sabotage knows you’re about to beat it…it hits the panic button.

It marshals a few more psychological assaults, lobs a few more grenades, gives you an unexpected and costly obstacle or setback…it launches one last assault and slams you with everything it’s got.

• You must be alert for this counterattack.

• You must be wary at the end.

• You must strengthen your resolve.

• You must ENFORCE YOUR WILL over this mother of a resistance force and grab that brass ring with both hands.

• You must be mindful that self-sabotage is real, it plays for keeps and you cannot underestimate the strength and intent of this powerful resistance force.

Self-sabotage is an engine of destruction and it understands nothing but brute force.

And, to overcome the ugly, unsportsmanlike conduct of self-sabotage you must deploy a strong, relentless offense.

You must develop an indomitable spirit, an unbreakable will, a relentless resolve to rise above the dirty tricks and diabolical mind games of self-sabotage.

You must choose to put self-sabotage behind you — to stare it in the eye, walk straight through it and advance towards your goals with confidence… conviction, and certainty.

I’ll close with good news…if resistance and self-sabotage couldn’t be beaten, there would be no Eiffel Tower, no Man on the Moon, no Mona Lisa…and certainly no Great Wall of China.

Everyone deals with self-sabotage throughout their lives…and if you choose to, you can beat it at its own game…and begin to fast track all of your goals.

It’s time you show the world just how great you are…and there’s no better program in the world for unleashing your greatness then the 100 Day Challenge.